We are excited to announce that decorated footballer and former Bafana Bafana player Quinton Fortune has joined Grassroot Soccer as an official Global Ambassador.

Quinton Fortune’s impressive career has included massive success with Manchester United and participation in the 1998 and 2002 FIFA World Cup competitions.

Growing up in South Africa during apartheid, Fortune left for the UK in 1991 at the age of 14. After a spell playing for Atlético Madrid, Fortune was signed by Manchester United in 1999, and it was there that he enjoyed the most successful period of his career, playing 126 times in seven years. The former midfielder played 46 times for South Africa and is considered part of the dream team of South African football.

Fortune is a strong advocate of education for all as well as gender equality and speaks out against gender-based violence. He supported the anti-domestic violence group Tender, as part of their “Don’t Kick Off campaign” during the 2010 FIFA World Cup in South Africa, aimed to stop men from using football as an excuse for violence against women.

Fortune is a proud South African and strives to be a role model for his country. In December 2013, he returned to Cape Town to take part in the city’s Reconciliation Day events on the Fan Walk.

“Grassroot Soccer provides a safe, supportive space for youth to be heard, and to thrive. They may face challenging circumstances but these boys and girls are so determined to pursue their goals. I can’t wait to see where life takes these future stars!” 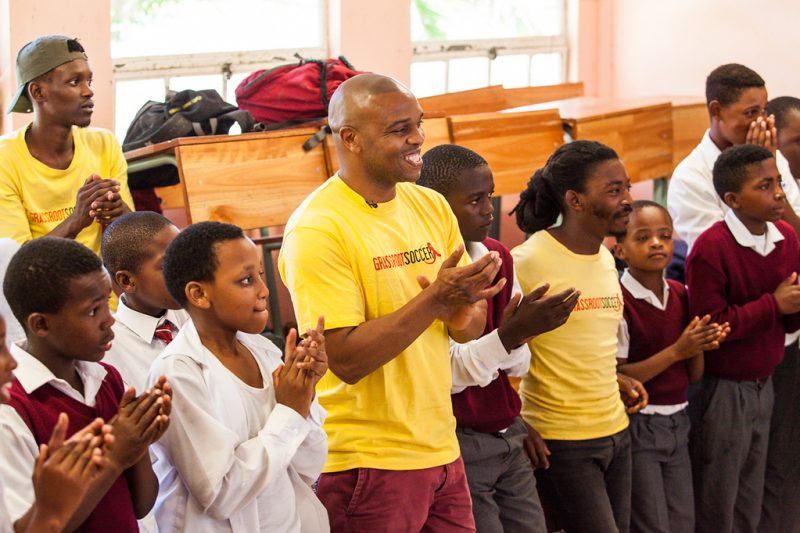 Mojalefa’s Story: “I Am Grassroot Soccer”