“Ending AIDS is in our Hands”: GRS Zambia Wins Big at the 2017 Champions Awards 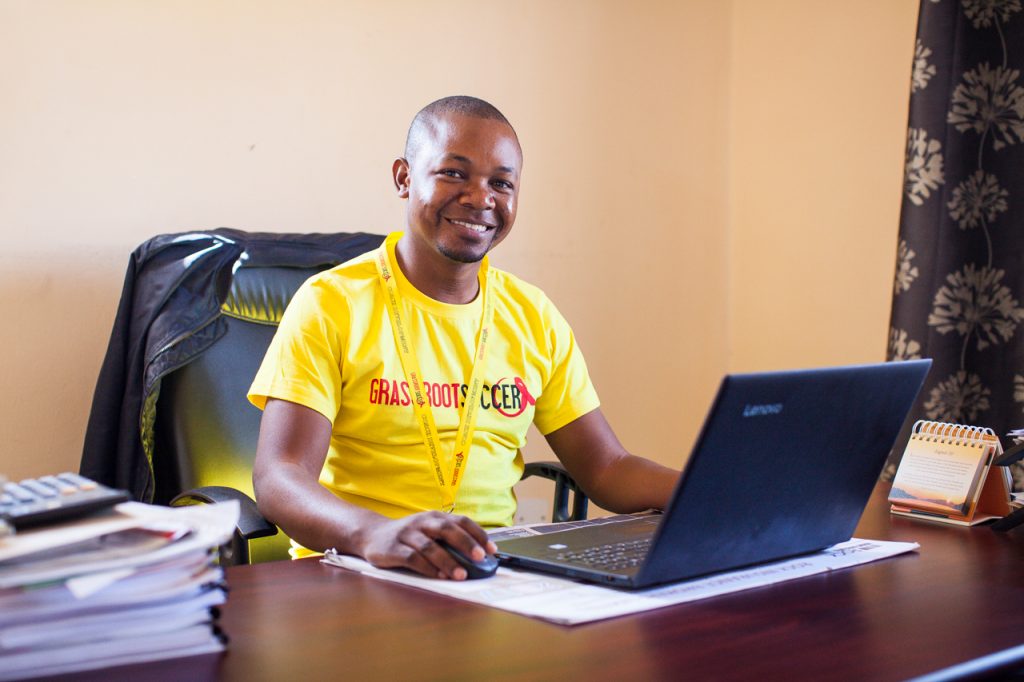 The Resident Doctors Association of Zambia (RDAZ) held a series of activities to create awareness and incorporate key stakeholders of the nation in line with this year’s national World AIDS Day theme “Ending AIDS by 2030 is in our Hands; it starts with me.”

In line with this theme, RDAZ recognized the valiant work and efforts made by the many men and women of our country that have helped the nation make great progress in the good fight against HIV and AIDS by honoring them at the inaugural World AIDS Day annual dinner. While celebrating the past efforts they lined up awareness activities across the country that encourage the youth to participate and become champions in the fight against HIV and AIDS.

The dinner was held Wednesday, 6th December, 2017 at the Radisson Blu Hotel, in honor of Zambian champions in the fight against HIV and AIDS over the last 30 years under the theme “One Zambia, One Nation: Togetherness for An AIDS Free Nation.”

Grassroot Soccer as an organisation was nominated as a Champion in the Youth Organisation Category alongside two other organisations.  I received the award that was presented to us by Lulu Haangala Wood, the US Embassy Zambia Youth Ambassador. The master of ceremony mentioned our category as one of the most sensitive ones, due to the high significance and impact of working with adolescents and young people.

Real Women Sharing Their Stories About Gender and Gender-Based Violence

Fashion Forward: A Hood for Good