Coach Tacit’s Story: “I Aspired to Become a Change Agent”

Tacit Radebe is the Programs Coordinator for Grassroot Soccer in Alexandra, South Africa. After questioning his purpose in life, he became a GRS Coach and realized the positive difference he could make in other young people’s lives. This is his GRS story. 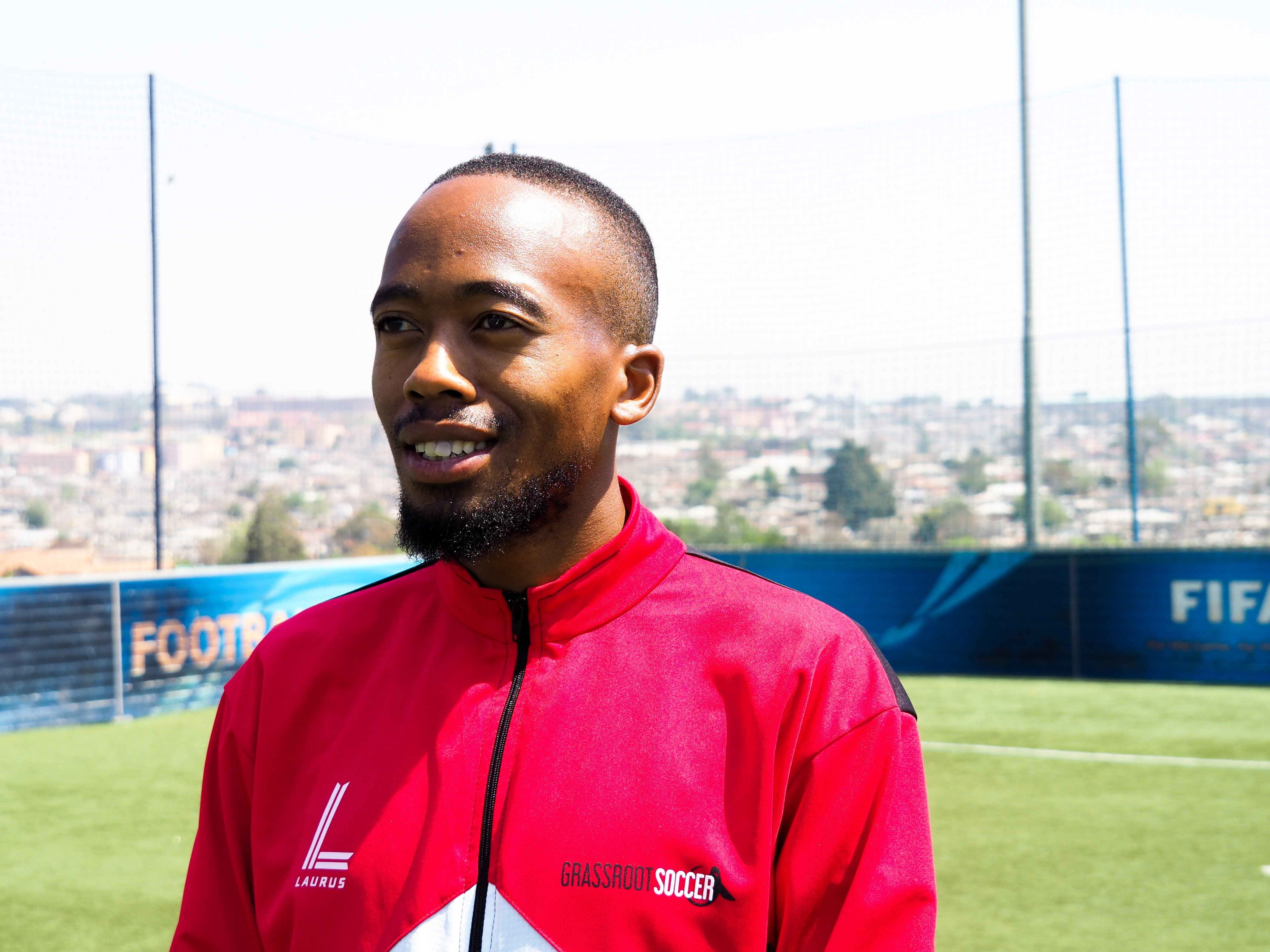 After dropping out of university in 2013 because of financial circumstances, my life seemed to be obsolete. I never thought I would ever bounce back and do something significant enough to be a success in life.

In the beginning of 2014, I had an opportunity to coach soccer to kids in the community that I live in on a voluntary basis, and I had nothing else that made me happier at that point.

I also decided to freelance in graphic design as that was a stream of study I had been good at in university. This was so that I could help out financially at home and hopefully rediscover my confidence and self-esteem in life.

In October 2014 I was informed by my mother of a coaching opportunity in nearby Alex. She had been told of the opportunity by her friend who was with Grassroot Soccer Soweto, Tumi Rakosa.

I applied by handing in my CV and underwent the entire recruitment procedure. Upon doing so, I then realized I wasn’t to be coaching football, but life skills through football. I delved deeper into researching more about GRS and I aspired to become a change agent.

My entire adult life I always saw myself as a leader in some way. I was always looking to motivate and inspire young people in my community. And most people looked up to me for inspiration. So when I was given the opportunity to volunteer, it seemed nothing short of my purpose.

In March 2015, I was referred to a school to be a potential candidate for a football coaching position.

I was interviewed and hired in no time. I only had to coach football one hour a day, so that allowed me to juggle my GRS programs and also build my coaching career.

In that same year, GRS, through the coach development program, offered interested Coaches an opportunity to do a SAFA (South African Football Association) entry level D-license. And thereafter I decided to do the next level on my own, because I saw coaching as a career path I am willing to undertake.

Fast track to 2017, I am at a point where I have been a change agent and a Coach for about two and a half years. Now I need to focus on a career path that would allow me to make a living.

When a post for a Programs Coordinator was [made available] at GRS, I wasn’t even considering it because I had been anti-office work, having grown into loving being a Coach. Until 3 days before the closing date, when a friend urged me to, telling me I will never know where my path as a Programs Coordinator may lead.

I applied, went through the entire recruitment process and made it onto the shortlist, where there were great individuals who are smart, capable, and great change agents themselves. I had doubts I’d get the opportunity with such strong competition, but in the end I was granted the opportunity and now here I am.

Having been brought up by a single parent who had no university qualification but had the drive to create a better future for me than the life she had lived, is the fuel to the drive and the ambition that runs in my veins. She is testament that perseverance is not easy, but it leads to meaningful outcomes in one’s life. 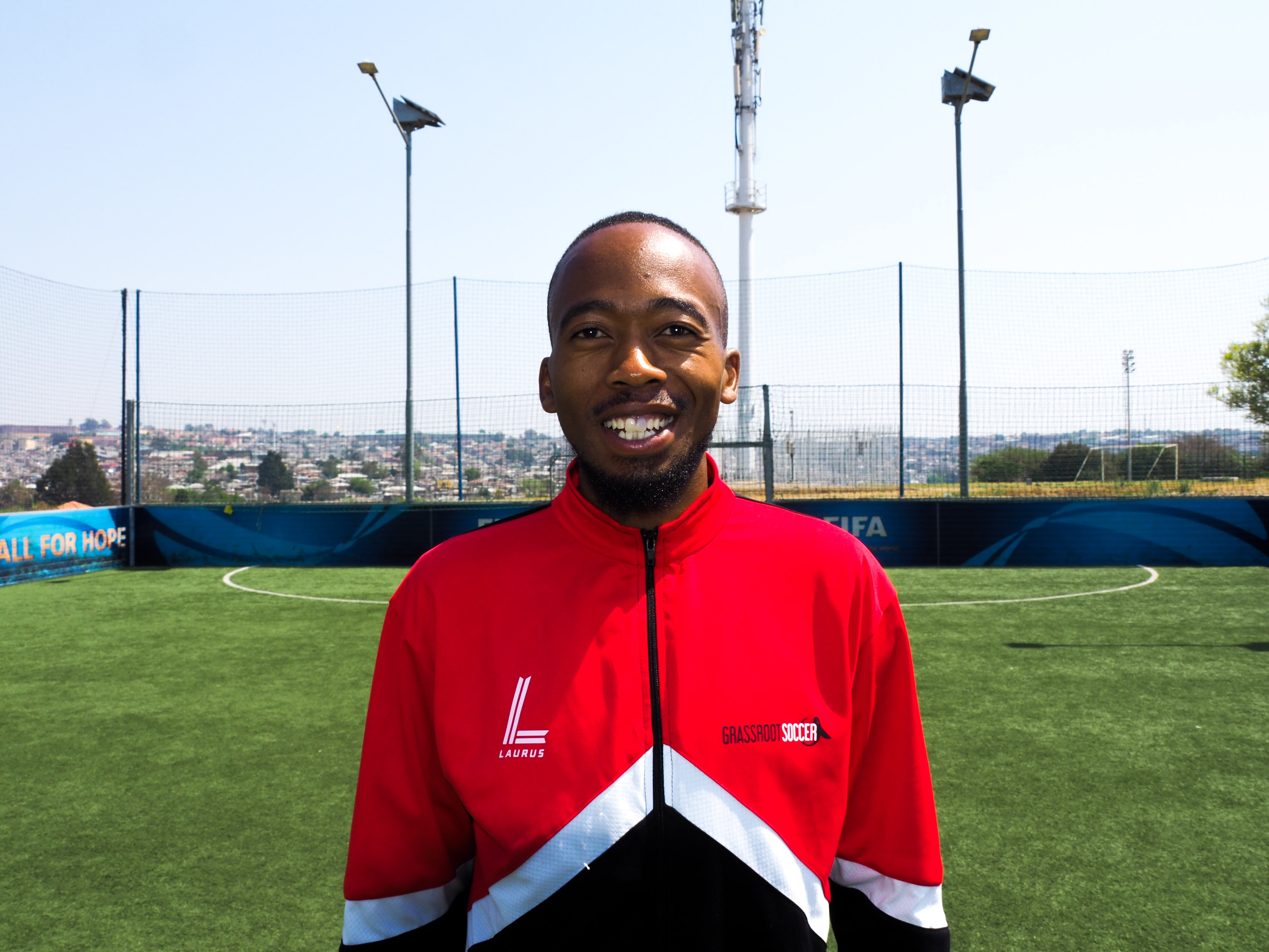