Creating Change Through Vital Conversations on Drug and Alcohol Abuse 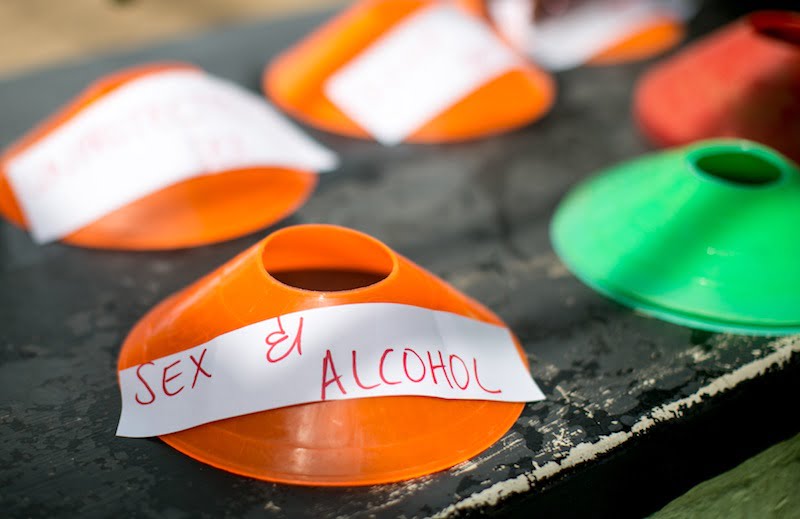 We asked Coach Constance, in Zambia,  “What’s the most significant challenge you’ve recently faced in delivering GRS programming in the community?”. Below is her response.

I am Constance Chiyesu and I will share the most significant challenge I faced when I was delivering interventions in Chibolya.

The project coordinator asked me to deliver interventions with the U12 boys’ football team. On the second day, I was facilitating the Risk Field activity, addressing four primary risks of getting HIV: unprotected sex, drug and alcohol abuse, sex plus gifts and multiple sexual partners. This is where the challenge came from, because at the same pitch where I was facilitating from, people were smoking and drinking. As I kept on talking, I left room for a vital conversation and discovered that three of the boys were already taking drugs and their houses were used for selling drugs. Chibolya being a dangerous place, I didn’t know what to do because just there I was surrounded by drug dealers and addicts.

Nevertheless, I taught them about the dangers of drugs and alcohol abuse. I told them that drugs are dangerous because they affect them and under the influence of drugs they can get HIV. After the practice, I left and came back the following day. As I was doing a recap, the kids were able to share their views most especially, on drug and alcohol abuse. According to their feedback, they understood and they were able to at least educate their friends.

Those three boys came back to me and said they got what I told them but they were afraid of their parents and needed help for them to stop and tell their parents. I told them, if they wanted to stop, it had to start with them, they were still young, it would be easy to stop. On the graduation day, as we were having the tournament, they told me they had not used any drugs for a week and were helping each other to stop.