On Thursday 1st December, stars, footballers, leaders in business, media, and philanthropy came together at the Grassroot Soccer World AIDS Day Gala in London to support our work to educate, inspire, and mobilize young people in challenging circumstances to live healthier lives.

More than 300 guests gathered and, with the help of two generous donors who agreed to match funds raised on the night, raised over $1.1 million , which will make a significant impact in the lives of thousands of youth.

Sir Alex Ferguson, former Manchester United manager said “Throughout my career in football, it was important to me that I never stopped learning, yet Grassroot Soccer’s footballing lessons transcend the love of the game into areas far more important than sport. AIDS is a deadly disease that affects millions of people around the world, and using football as a platform to educate, prevent its proliferation and save lives, is a cause that should unite the footballing community.” 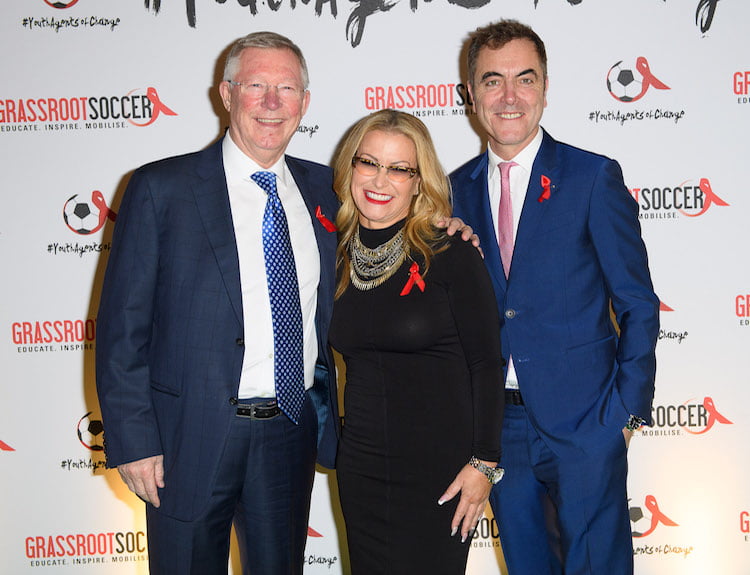 Guests participated in a lively auction of prizes donated by ambassadors, supporters, and other high profiled celebrities. These included a leadership coaching session with the British Coxless 4 team members, a tennis lesson with Patrick Mouratoglou, Serena Williams’ coach, and an amazing luxury Maldives holiday donated by Soneva, to name a few. We are very grateful to those who donated items and to Belvedere Vodka, the official event drink partner.

Grassroot Soccer is incredibly thankful to all of our supporters who made the evening so impactful!