Grassroot Soccer is proud to present our 2010/2011 intern class!  Hailing from 13 states and 4 countries, this is our largest and most geographically diverse class of interns—and we’re excited to incorporate their variety of experiences and worldviews into our programs.  After a four-day orientation in New Hampshire in early August, the interns said their goodbyes and departed for their respective destinations. Landing in sites across South Africa, Zambia, Lesotho, and Malawi, this capable group of 25 recent college graduates has already began to help GRS in our fight against HIV and AIDS. Working in both the office and the field, our interns fill many roles to help our local staff and coaches share our programs as effectively as possible.  They have always played a valuable role in our organization, and we look forward to another amazing year with this wonderful group.  Welcome interns!

Click on a name below to view a short biography, or click the corresponding blog link to read their blog and get a peek into the life of a GRS intern in Africa. 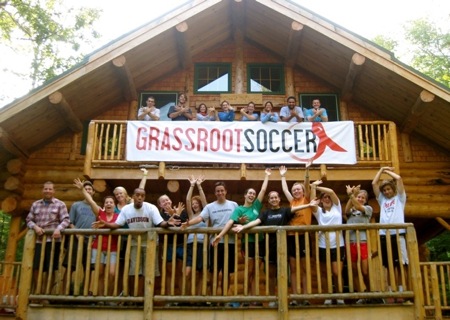 A few reflections on the first month in Africa:
The following are a selection of excerpts taken from intern blogs over the last month.  To read more or to donate to a specific intern, click on the blog links above.

“The undisputed soundtrack of the township, House music is a distinct feature of my experience so far in South Africa. For me South African house encompasses the expression joie de vivre, an exultation of the spirit. Looking at the way it makes the people move, I can’t help but smile. I love music, and most people love music. For a few moments people escape the world of problems and complications and enter this joyful world punctuated by a well defined baseline, and seductive lyrics. Sometimes there are no lyrics, sometimes the beat is very simple, but the joy is always there.”
–Tinacho

“First day in Zambia: driving with boss/coordinator (kid my age from Dartmouth) and the other 3 interns to go get a kitten for our house… we stop and pick up 3 local Grassroot Soccer coaches who hobble into our car from a clinic where they had just been circumcised… it didnt take long for the look on their faces to convince me to give up my Shotgun position and get in the trunk.”
— Mike

“We trekked up to Bo Kaap, Cape Town’s Malay Quarter, scattered with bright buildings and beautiful mosques. Plopping down on the curb outside of a small shop where we had purchased lunch for all of 20 Rand (3 dollars), we got to enjoy the view shown below. As we were finishing up our lamb pies, spicy chicken samosas, and Fantas, the Islamic call to prayer began to play on a loudspeaker somewhere off in the distance. Everyone in our group began laughing to him or herself, all of us simultaneously realizing that we were pretty much living the life. Great company, delicious (and cheap!) food, a beautiful view, all taking place in one of the most diverse and interesting cities in the world…”
–Charlotte

“This weekend, I had the extraordinary honor of being crowned champion of Johannesburg’s Drama For Life Poetry Festival. It was an amazing experience and I’m thankful to all of the coordinators of the event, those who facilitated workshops during the week, and most importantly the other poets who served as an immeasurable source of inspiration as well as becoming good friends…In the second round, each poet was to perform a second piece on the same subject matter. Oh, I forgot to mention that this poetry competition was themed-based. All poems had to be about love, relationships, sex, or HIV. It was the festivals way of creating another platform to raise awareness and educate people on South Africa’s HIV pandemic, where 1 in 6 adults carry the disease. I think there’s this misconception that the only people fighting the disease are foreigners coming in to work for aid or development organizations. Much to the contrary. Since arriving here, it’s been really encouraging to see South Africans playing an active role in fighting the disease, something many people around the world don’t realize so many of them do…I decided to do a poem that I had just finished a few days before and had never performed before. I can honestly say that I have never performed a poem harder in my life. So hard that my body hurt afterwards. I’ve never felt an adrenaline rush quite like I did in those 3 ½ minutes.”
–Clint 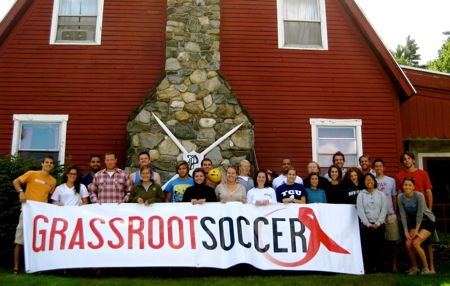 “In the middle of the circle, voices cheering, singing, all-encompassing protective support just by the mere presence of others. Whether the beat is generated by clapping hands or a pumping sound system, it’s overwhelming nonetheless. Syncopations throw my body for a loop forcing me to change my standard dance moves, desperately searching for some movement, some method, some motion to relay this overwhelming urge to flow and sway. In the middle of the brightly lit day surrounded by the giggles of children, or late into the night so that the darkness of the nightclub envelopes us, people I’ve never met before welcome me all the same. Both circumstances produce a sense of camaraderie; we’re all in it together. As a muzungu (white person) with bright red hair there’s no doubt that I stand out like a sore thumb, and although there are inevitably a few giggles and hollers of “muzungu,” they are quickly tempered by the movements, by the sounds, by the beats. And while the divisions between the world I’ve called home for 22 years and Lusaka aren’t completely erased and will never be, the lines blurred a little if only just for several minutes.”
— Maxime