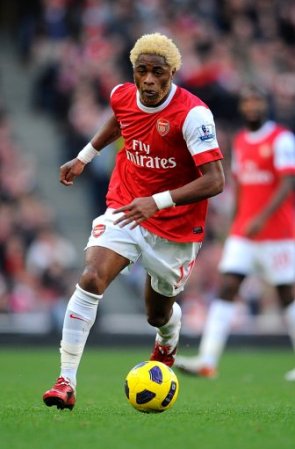 Alex Song, midfielder for both Arsenal Football Club of the Barclays English Premier League and the Cameroon National Team, has joined Grassroot Soccer in the fight against HIV and AIDS. Grassroot Soccer (GRS), an international non-profit focused on HIV prevention and a leader in the sport for development field, uses the power of soccer to educate, inspire, and empower young people in Africa to live healthy and productive lives.

Song joins Arsenal teammate Bacary Sagna and U.S. National Team member Oguchi Onyewu in support of Grassroot Soccer and their mission to use the power of the game to  educate and inspire 1 million young people by the 2014 World Cup. Song decided to lend his voice and considerable stature in the soccer world in support of Grassroot Soccer after learning about the organization’s work throughout Africa to prevent HIV infections in youth.  As a native of Cameroon, Song is keenly aware of the toll that the AIDS epidemic has taken on the African continent.  “Grassroot Soccer empowers role models throughout Africa to teach young people the skills they need in life.  My uncle, Rigobert Song, was a very important role model for me growing up, and I understand the importance of young people having someone in their lives they can look up to and trust,” Song said. “By using soccer as the classroom, GRS coaches are able to engage young people through a sport they already know and love. I am excited to be a part of this great mission.” 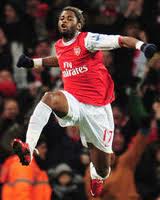 Song began his professional playing career in 2003 for the Bastia team in France.  Since 2005 he has played for Arsenal in the Barclays English Premier League, consistently performing as one of the top players, and he has also competed in several matches for the Cameroon National Team.

Song is scheduled to visit the Grassroot Soccer program in Zimbabwe in June, 2011.